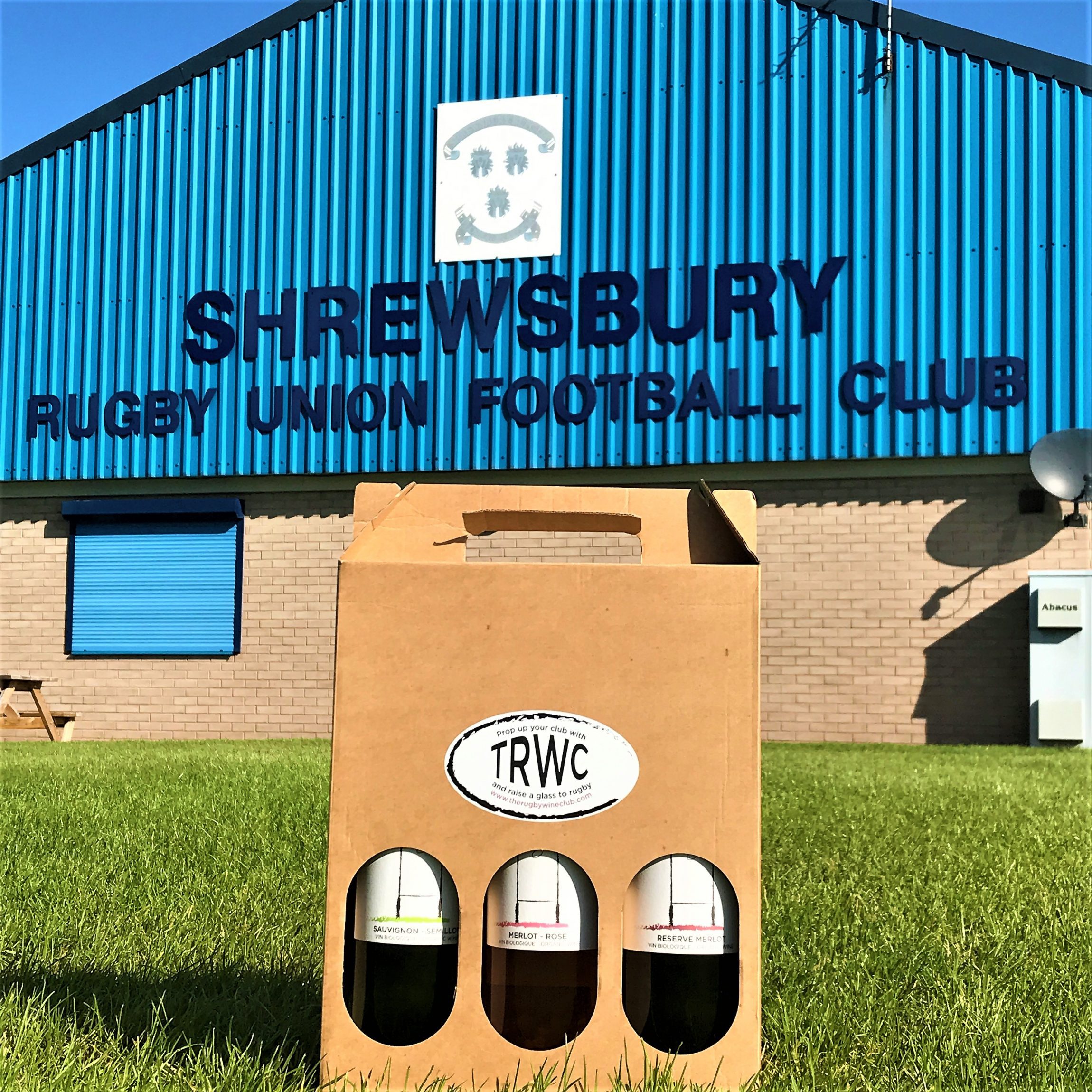 Like all good clubs Shrewsbury can trace its origins to a bar, in this case the now demolished George Hotel. In 1908 a casual conversation between Freddie Richards, Bill Jones and a man called Deakin led to the formation of the club and a first fixture at Sutton (now Sutton Road) against Stafford.

The club has grown successfully with the 1st XV competing in Midlands 3 West (North) and also has three senior men’s teams, a touch section,  a large and ever increasing mini and junior section, under the Chairmanship of Rod McNamara, a Colts XV under the guidance of Paul Pryce and Andy Rogers, and a Ladies XV.

LAUNCH WEEKEND ANNOUNCED – TRWC WILL BE LAUNCHING ON SATURDAY 4th DECEMBER AT THE BIG LOCAL DERBY vs TELFORD.  THE VAN DU VIN WILL BE ON THE TOUCHLINE AND WE WILL HOST A WINE TASTING AFTER THE BIG GAME.  WE WILL ALSO BE WITH YOU ON THE SUNDAY MORNING TO GIVE ALL MINIS/JUNIOR PARENTS A CHANCE TO TASTE THE WINE.

ALL NEW SHREWSBURY RFC SUBSCRIBERS UP TO AND INCLUDING THAT WEEKEND WILL RECEIVE A FREE CASE OF ROSE OR WHITE WINE.

Want to support this club?

It is completely free to join The Rugby Wine Club and to start to enjoy our wines and help your rugby club. There is no obligation to buy wines and you benefit from access to additional tasting notes, offers and information. Give it a try!!

Announcement: At least 50p of the profit from each bottle goes to your club